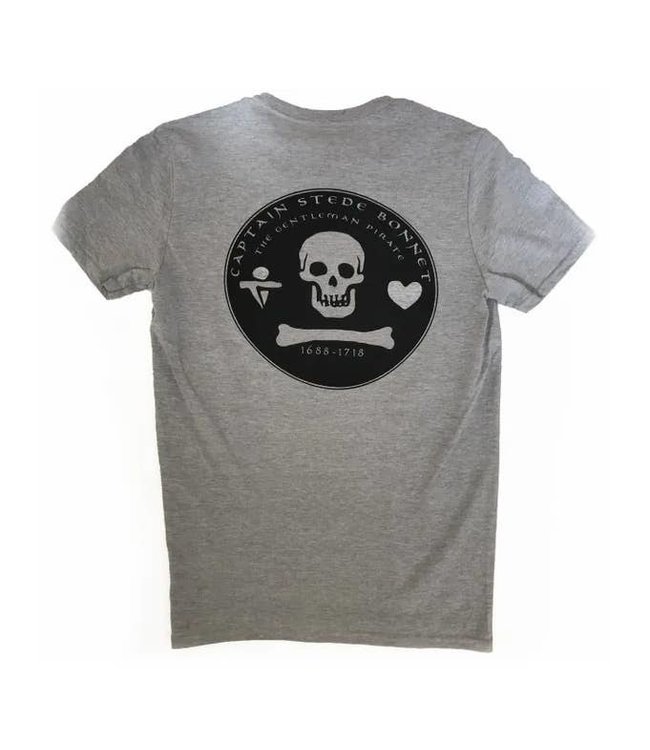 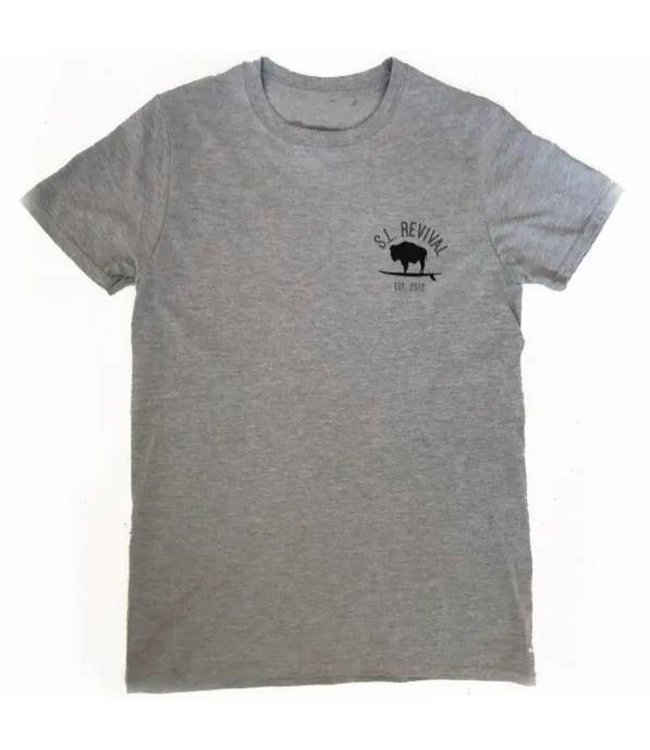 We use eco-friendly waterbased inks lending a soft print and a vintage look. This is a unisex sized shirt and you should not expect any shrinkage due to the blended fabrics. Wash cold and tumble dry. This collection is a great gift idea. Read more..

One day, wealthy business man Stede Bonnet grew tired of his mundane life. So he bought a boat, hired a crew, and set sail on the seas, leaving his "nagging wife" behind along with his fortune. Shortly after he encountered the notorious Edward Teach, or as he is better known as "BlackBeard" who after hearing his story, invited him on his boat and taught him everything there is to know about pirating. Stede Bonnet became one of the most legendary pirates on the coast, gaining the name "The Gentleman Pirate" due to his education and cultured behavior. Bonnet is most recognized for creating one of the most famous methods of pirate execution, walking the plank (due to his hate of the site of blood)!

We use eco-friendly waterbased inks lending a soft print and a vintage look. This is a unisex sized ..

Stay up to date with our latest offers

Having an account with us will allow you to check out faster in the future, store multiple addresses, view and track your orders in your account, and more.

You have no items in your shopping cart